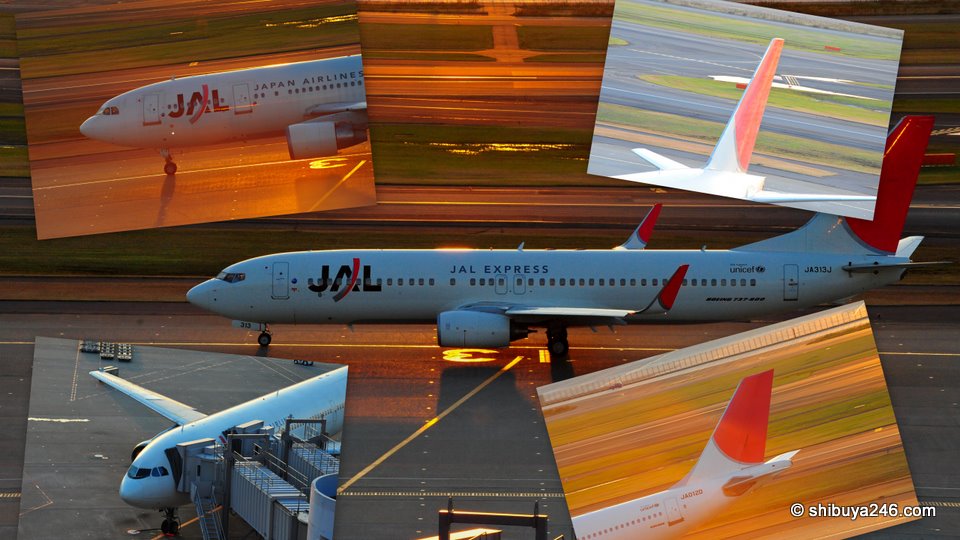 “Japan Airlines Bankrupt” was the headline news today as JAL entered the Japanese version of the US Chapter 11 Bankruptcy procedure. Its stock price for the entire company is now worth about $150 million, less than the price of a single Jumbo Jet plane.

By voluntarily entering bankruptcy JAL is hoping to quickly reorganize its affairs and establish a new Company that can be profitable again. Many jobs are expected to be lost and shareholders will be the big financial losers. Flights are expected to continue operation normally, with the point of a Chapter 11 Bankruptcy being to allow a Company to work its way out of trouble rather than shut it down. Taxpayers can expect to be footing the bill for getting the Company back on track.

What will happen to mileage programs and other benefits is uncertain, but I am glad I went for my mileage lunch the other day.

I have been a member of JAL’s mileage program since 1995 and have enjoyed flying on it many times. Recently, stewards and stewardesses were more likely to be from foreign countries rather than Japan Nationals. The service level seemed to have dropped, probably due to a lack of adequate training, and it was often difficult to find someone to talk Japanese. Instead of name plates like “Suzuki”, “Kato” and “Tanaka”, I was seeing names like “Pepsi”, “Golf” and “Earth”. (Those names were not made up, by the way ^^).

Here is hoping JAL makes a quick recovery and can gain the trust of the Japanese public again for the future.

In the news today, McDonalds Japan announced that they had made record sales on January 17, 2010 of YEN 2,811,800,000 (approx USD 28 million). In particular, the Texas Burger that began sales four days ago has been served up 4,130,000 times already helping to boost sales in total.

At this rate the Japanese people could eat enough burgers in a week to pay for the bankrupt Japan Airlines Company. Of course, all you will probably be left with is the wrapper ^_^.

What memories do you have of traveling with JAL? Are they good ones or bad?

RT @tweetmeme Japan Airlines Bankrupt, Japan Food | Shibuya246 http://bit.ly/7sOChm Texas: As popular in Japan as it is in America. The Texas Burger would probably sell quite well here in it’s home state, has everything texans want on a burger, minus the jalapeono pepper. Too bad about JAL, but they’re trying to get back on there feet. And those are some different types of names for the flight attendents. Best of luck to JAL.

Do you think they could sell a “Tokyo Burger” in the States?

You never know. American people can be quite finicky, in they’re eating habits. Here’s a pic for the the texas burger via Peter Pane at jlist
[img]http://shibuya246.com/wp-content/upload/58875459-1.jpg[/img]

Hope you didn’t lose too many miles for this little trick of Ch.11.
At least it’s not happening for some scandal or toxins loose in the air…

Thanks. True, better than a bad accident.

Haven’t flown on commercial airlines for a number of years – last flight was on a retired Jamaican UH-1 (Huey) called “Rasta 1” – still was green and yellow, was dropped-off for a pedestrian recon of a historic road and got picked up 8 hours later – was supposed to be a 4 hour jaunt !!

That sounds like a rough flight. Glad you made it back down safely.

I wish I add memories of traveling on JAL!

I never try JAL before and have not travel on a plane for as long as 8+ years. This may be a good thing for the company as it can restructure itself.

Well, that’s a shame. The names of the foreigners working as stewards and stewardesses you mentioned are pretty bizarre. If I had to guess I would say they’re Filipinos. Filipinos tend to have some odd names like Cherry Pie and Happy. Those are just two I remember off the top of my head. I’ve seen lots more. The drop in service was probably because they picked up cheap foreign workers to try to cut costs. Guess it didn’t work out well enough.

When I saw the headline getting passed around on Twitter the first thing I thought of was you using up your mileage points. Guess you had the right idea.

Thanks. I got a mail today from JAL saying the milage points would all be honored, but I think “eating” my way through them is a better option 🙂

Too bad for JAL, but I think I’ll continue to fly with them.

I think once things quieten down the general public (apart from shareholders) will forget it happened.

I haven’t looked lately, but last I checked, which is a while ago, they’re the only airliner that offered one way tickets. some airlines like continental charge almost the same price on 1- and 2- way tickets to Japan.

maybe there were better alternatives, but it was quite convenient to fly in one direction when need to.

ops, i should have said they offered 1- way ticket at half the round trip price.