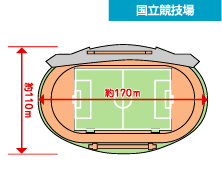 Central Tokyo Highways are a great site, built high above the ground, winding past apartment and office windows through the over-developed city below.

Despite a great subway and train system, roads are still an important part of transport for the city. The roads in Tokyo have struggled to find room to accommodate the growth of traffic and have had to therefore build highways in the sky and sometimes also tunnels underground.

A road called the Central Circular Route has been under planning and construction for a long time now, and is almost coming to completion. It will link Ikebukuro, Shinjuku and Ohashi Junction (just below Shibuya) so that passage from Ikebukuro to the Tomei and Chuo Freeways is made much easier.

The Circular Route will later continue under Yamate Dori and join up with highways heading for Haneda Airport at Ooi Junction.

Some of the construction on this route is quite amazing to consider.

The road has been made by advanced tunneling machinery.

There have been a number of tours open for people to go inside and take photographs. The last one was a special premium tour for bloggers. Unfortunately I missed it or you would probably be scrolling down another set of 35 photos here.

The Circular Route between Shinjuku and Ohashi Junction is underground. To expel the exhaust fumes from the tunnel, tall chimneys have been built along the route. You can see these white chimneys in the photos I took recently from the Carrot Tower in Sangenjaya (close to Shibuya).

I am not sure what explanation residents along the route got about the exhaust chimneys, but I can not imagine they were too happy to hear about their construction.

The Ohashi Junction Loop is also quite an engineering feat. The loop road need to bring the cars from 35 metres underground out of the tunnel to 35 metres above ground to reach Highway 3, which is built above Route 246.

The loop line moving cars a vertical distance of 70 metres is a huge structure. Its area is so large it could contain a normal size soccer pitch measuring 170 metres by 110 metres.

The route is planned to open next year in March.

This is what I expected to be reported by Japanese media.
Japanese media need drastic change by twitter power.

I agree. It would be nice to see some better information out of the Japanese media, rather than just repeating scandal stories.

I wouldn’t want to be living in those apts next to the smoke stacks. More air polution. How much higher can you go with the roads. I thought we had it bad in the DFW metroplex, our is nicknamed ” The Mixmaster” more free ways than you can “Shake the stick at! Next stop The Moon!

Due to this new project, my friend went to Boston and helped make a documentary about the Big Dig project that they have there. I wonder how they handled the exhaust fumes in Boston.

It would be interesting to see how different cities are handling the problem and whether the technology to handle it can be bought and sold as a commodity or whether they freely exchange ideas?

How ’bout the highway in Osaka that goes THROUGH an apartment?

yes, Osaka has some really fancy highway design spots as well. This is the one you are referring to right?

Professional grade post you got here. Surprised you’re not working for The papers. Or are you? This is better than what’s being put out there right now. Good post. Perhaps if my picture was added it would be an excellent post….

Thank you. Really nice to hear your comment. Not working for a newspaper, but like the idea 🙂

Wow, this post is really detailed! Not been to Japan for about twelve months now, so interesting to hear about the great things that are going on there at the moment vis-a-vis transport issues. This really is insightful. Like somebody else said: are you getting paid for this, hehe?

Great photos and reportage here! The Yamate Loop construction has been going on right outside my office, and little to no clear information has appeared in the J-media. Nice going with this informative post!

Good stuff! I happened to walk by the construction site before ever hearing of this project. You have some great photos here. I went back once the project was completed and was pretty happy with the execution. It will look a bit nicer once the trees on the rooftop mature.