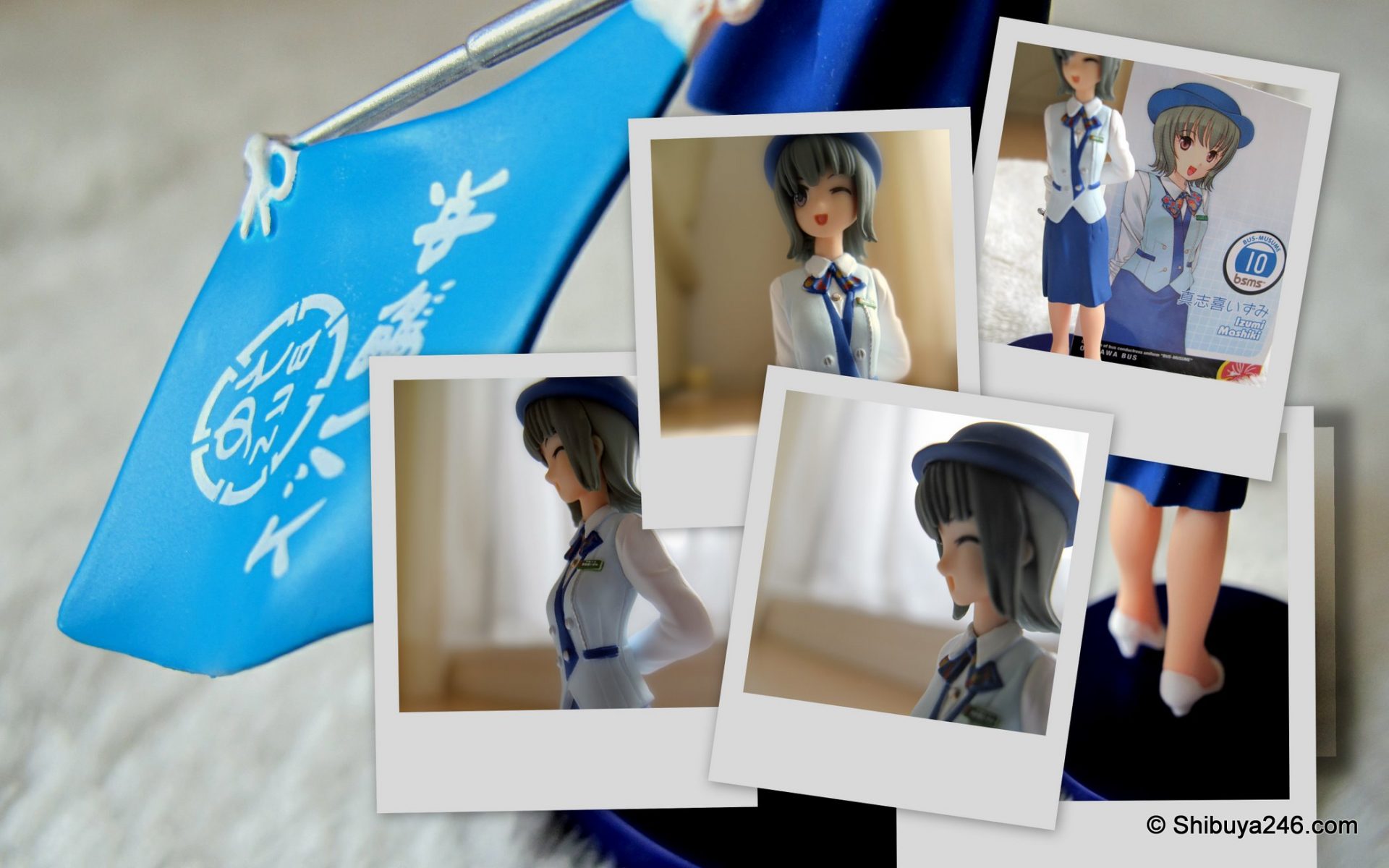 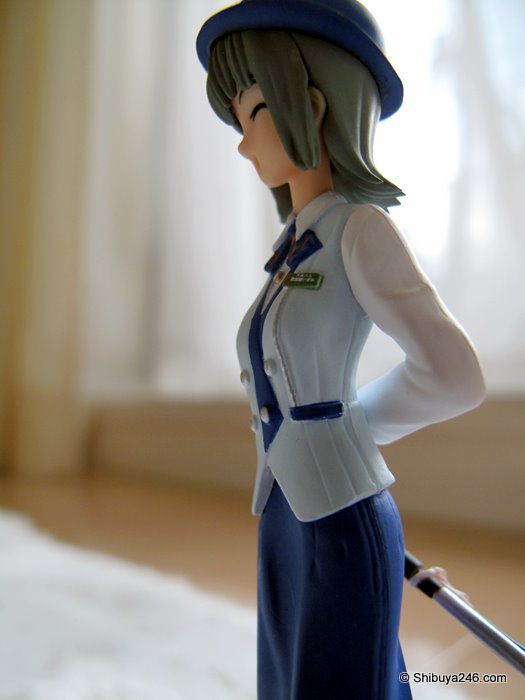 We’ve had a few posts on trains in Japan recently, and to even things up I was going to highlight some buses.

I came across a post by kimonobox showing some cute Japanese buses and thought instead of featuring the outside of the bus, I would take a look at some bus guide uniforms.

Helping us look at these uniforms are figures from the popular series, tetsudou musume (train girls) and bus musume (bus girls). Main site here (Japanese only).

The figures are created by TOMYTEC and stand about 10 centimeters tall. For about Yen 500 each they are easy to buy, but the quality is not at the top end of the range.

This series is volume 2 which was released in September 2008. Recently, volume 3 figures have been released in June 2009 to tie-up with the 60th anniversary of Hato Bus guides.

There are six types of bus musume in total, in volume 2. 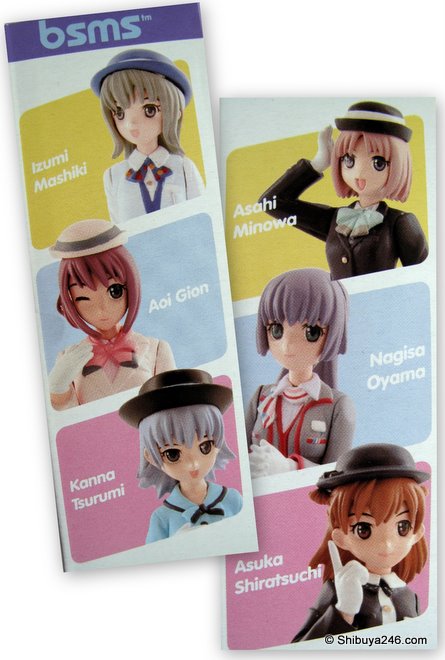 Here is the bus guide from Okinawa Bus Company, Izumi Mashiki. The name comes from Mashiki, the Mashiki parking area, and Izumi, from the Naha Bus terminal. 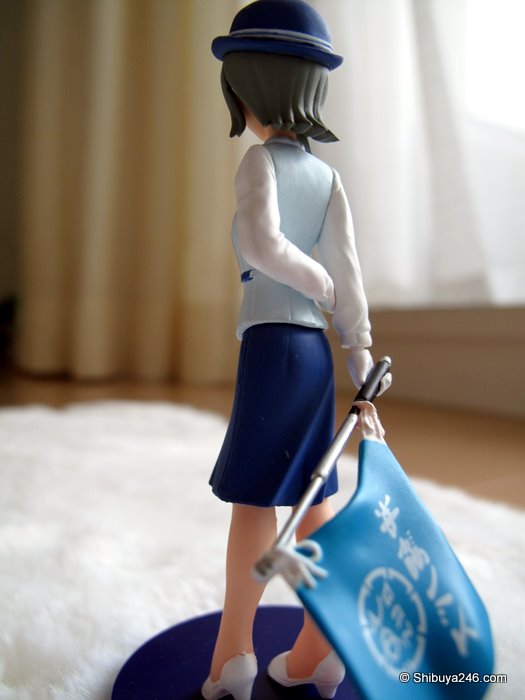 The figures come with cards describing the character

If you are interested in the actual Okinawa Bus company, you can found out more here.
Here is a picture of their buses with a guide shown in the bottom right of the page.

Have you been on any buses in Japan with guides?

Ohayo goziamasu,__Ooh first again,lol.__Those are some very nice figures. Does everything in Japan have it's own mascot or figure representing it? Sure seems so. But what the heck, if it helps promoting the company or organization,all the more power to them. You got Rilakkuma, Danny has his daughters and the Stormtrooper. 🙂 as usual great features,btw…I think that one figure is winking at you,lol

Thanks for your comments. Appreciate it. I am going to Kyoto next week and hope to have some good photos to bring back

I’m so happy to find this post. I just recently stumbled upon some of the train figures and bought 2 of them. I’m actually not all that interested in the toys but I love the idea of promoting the trains and stations with individualized characters. I’m having a difficult time finding info on them in English (which might be further compelling my interest)… I think I mostly just want to hear each occupation that goes with each uniform…