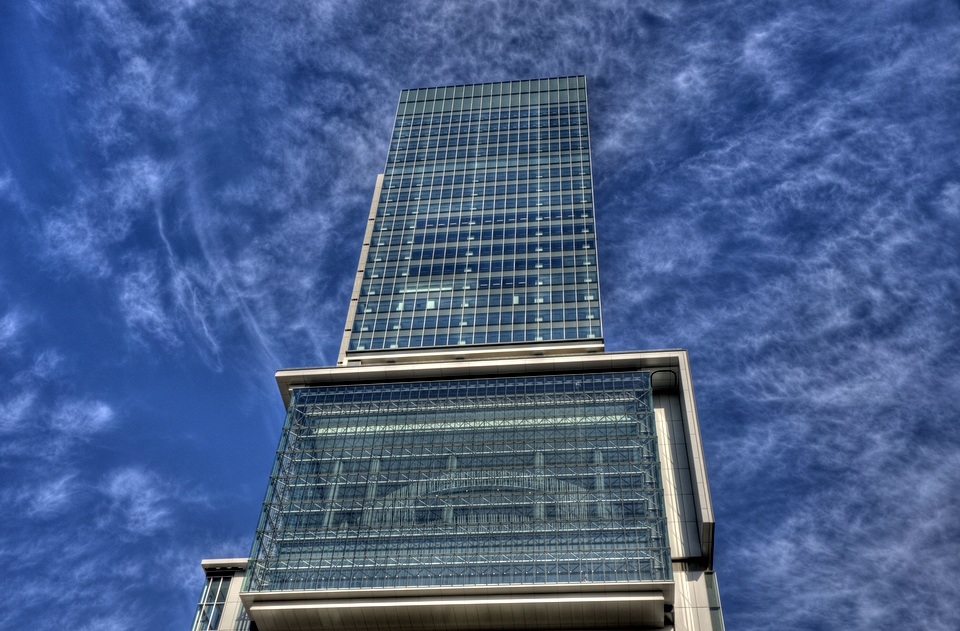 It was a beautiful day again today in Tokyo, with blue skies and higher temperatures. Winter did not seem that cold this year, but today felt like it was definitely coming to an end.

Out in shibuya, I wanted to take some pictures of the sky, so decided to catch the new Hikarie building at Shibuya station in the frame. Well, the building is so big, it took most of the frame actually.

These are HDR images made from a single RAW file. The camera is saving the raw files at about 12MB per image alongside the in camera JPEG converted image which is about 4MB. When it hits the web the pixels are reduced down from about 4000×3000 pixels to 960×620 pixels, which helps cut the image size a bit. Compression also with that brings it further down to about 200-300K per image.

I darkened the top picture a bit with Picasa before uploading it. I often get asked about whether I use Photoshop, but despite trying many times I haven’t been able to get it to work for me.

My main tool is Picasa for resizing images and exporting them to web friendly compressions. For HDR I also use PhotoMatix, sometimes from 5 or 7 images, sometimes, like today, just from the 1 RAW file.

If you want to see how to make great HDR photos, I recomend Trey Ratcliffe’s site at StuckInCustoms

Can’t wait to see this – as the hordes “sukuramburu” across the streets below….

Great shots! Looking forward to having around inside there – the plans are very impressive!

I need news about this buildding for assignment.

time to return to Tokyo for more shopping!