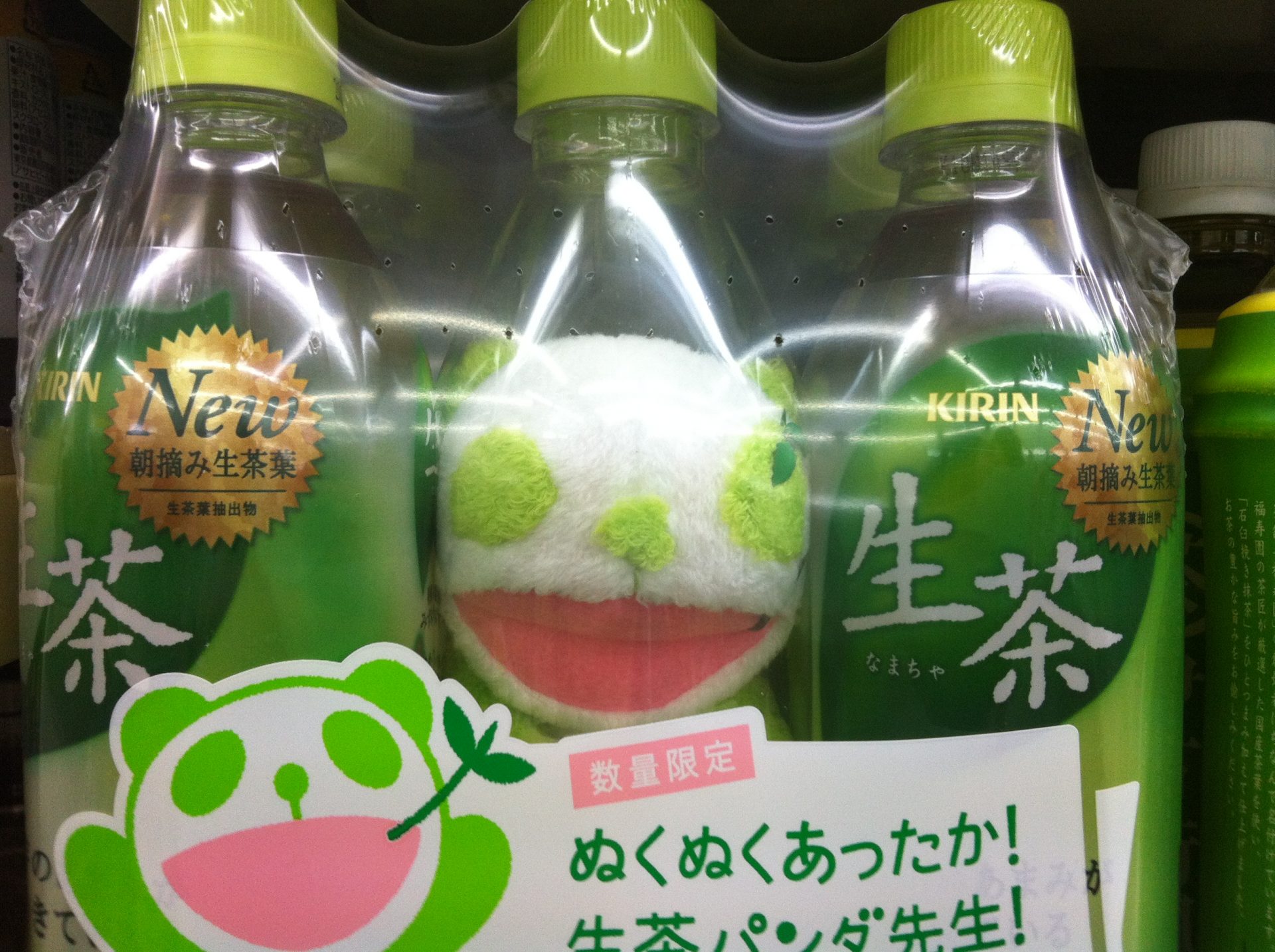 After the snow we had in Tokyo last Monday, you might be tempted to stock up on some goods at the Conbini and stay at home with “Nama-cha Panda” instead. 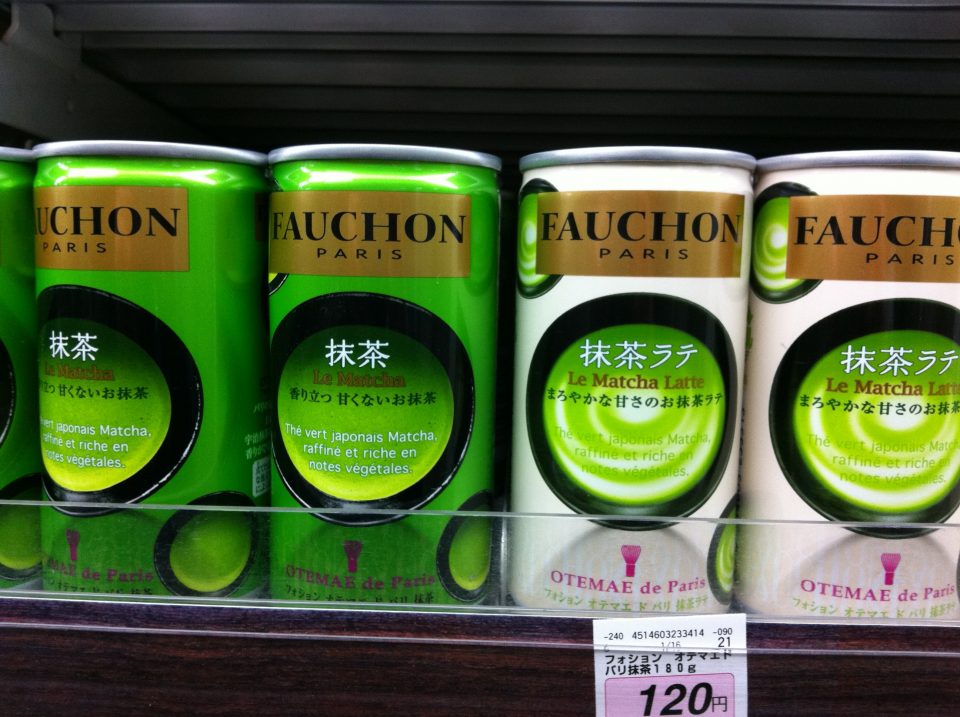 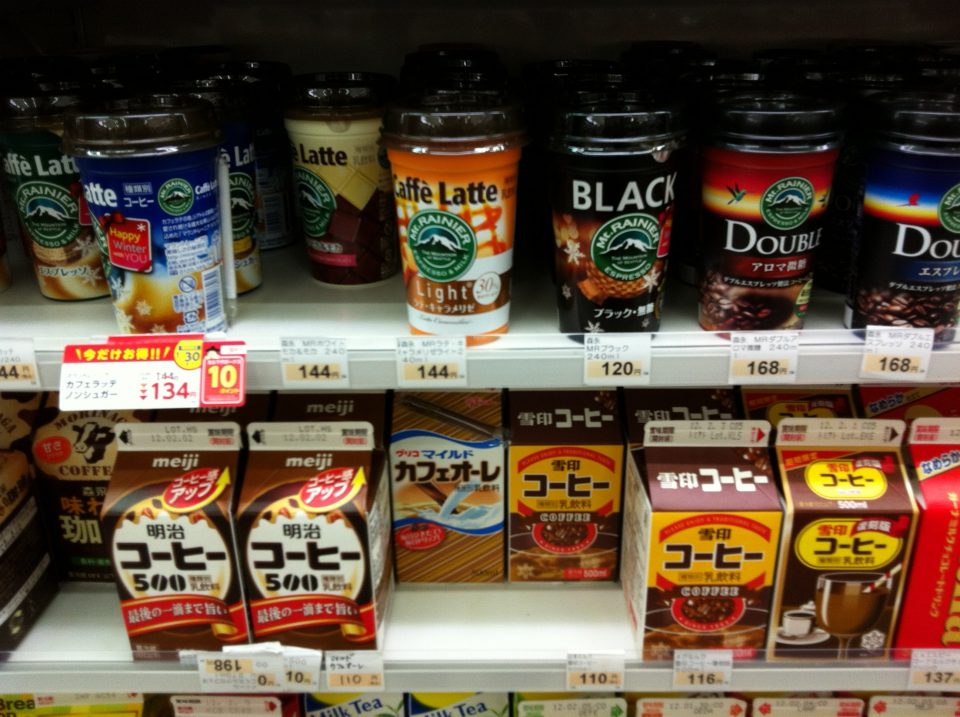 Have a break with coffee. 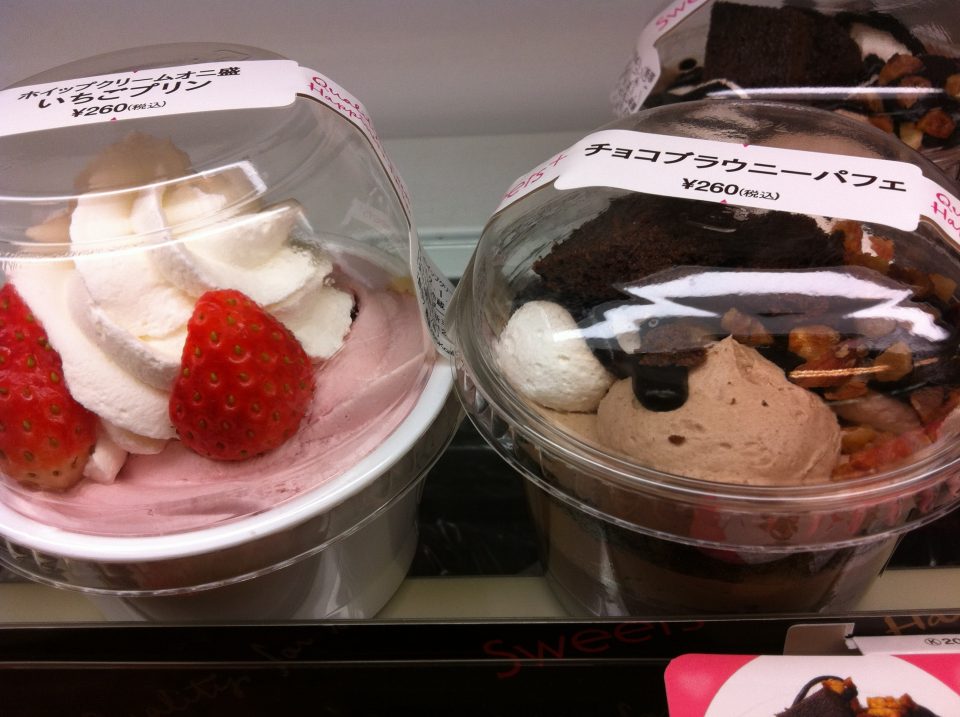 Strawberry pudding and Chocolate brownie parfait. Which one do you like? 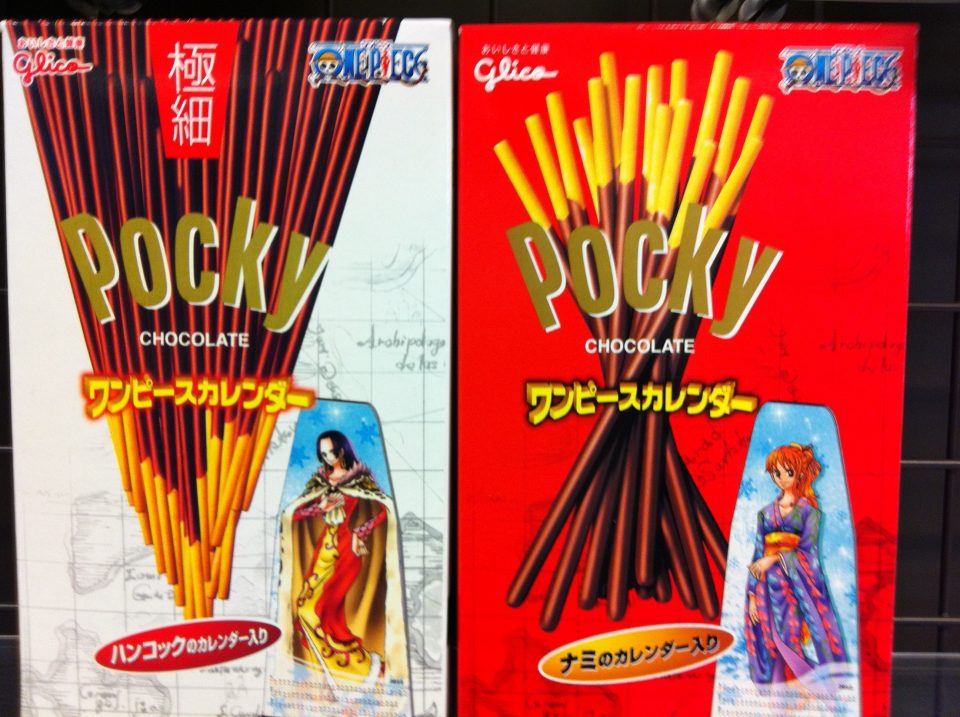 ONE PIECE special package on the pocky. 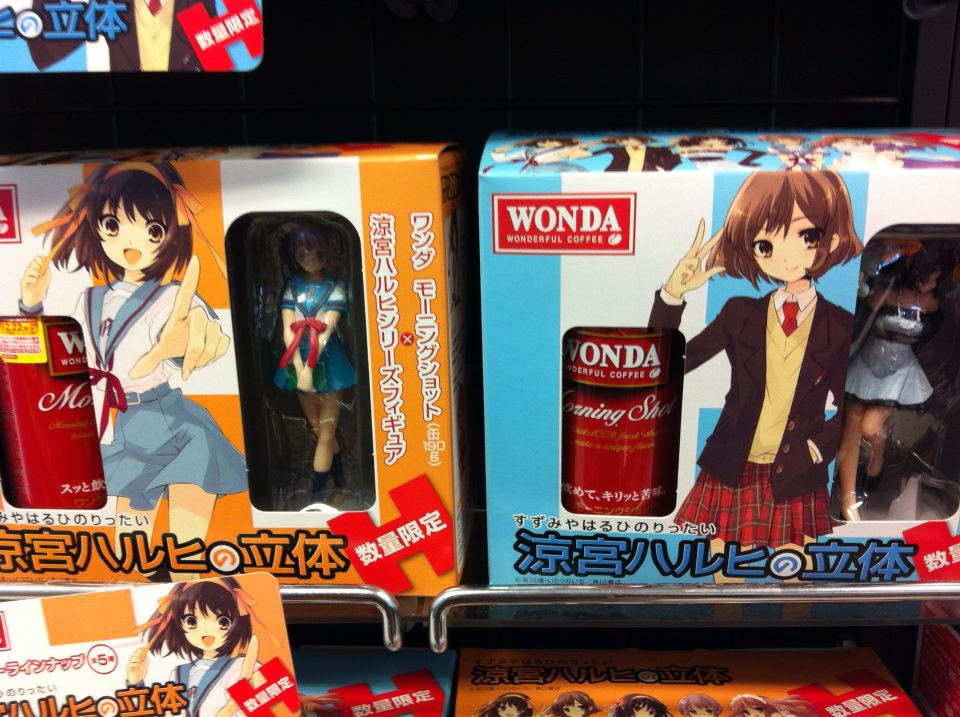 Haruhi figure with a canned coffee. Have you ever watched “The Melancholy of Haruhi Suzumiya”?
It’ s one of the popular Japanse animation. 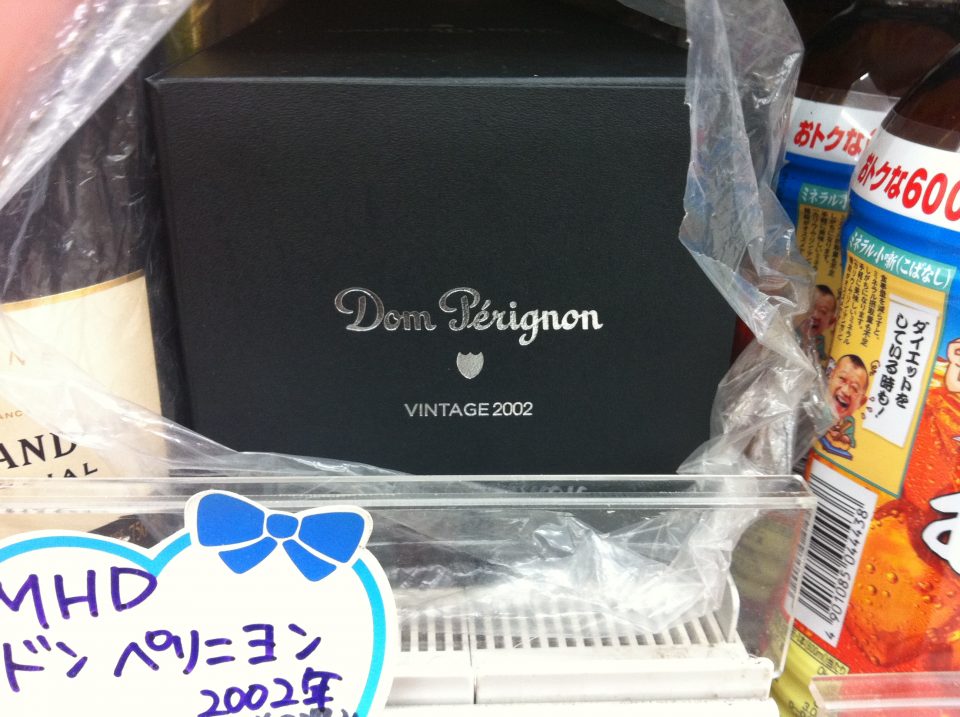 Don perignon! I wonder who would buy this at convenience store… 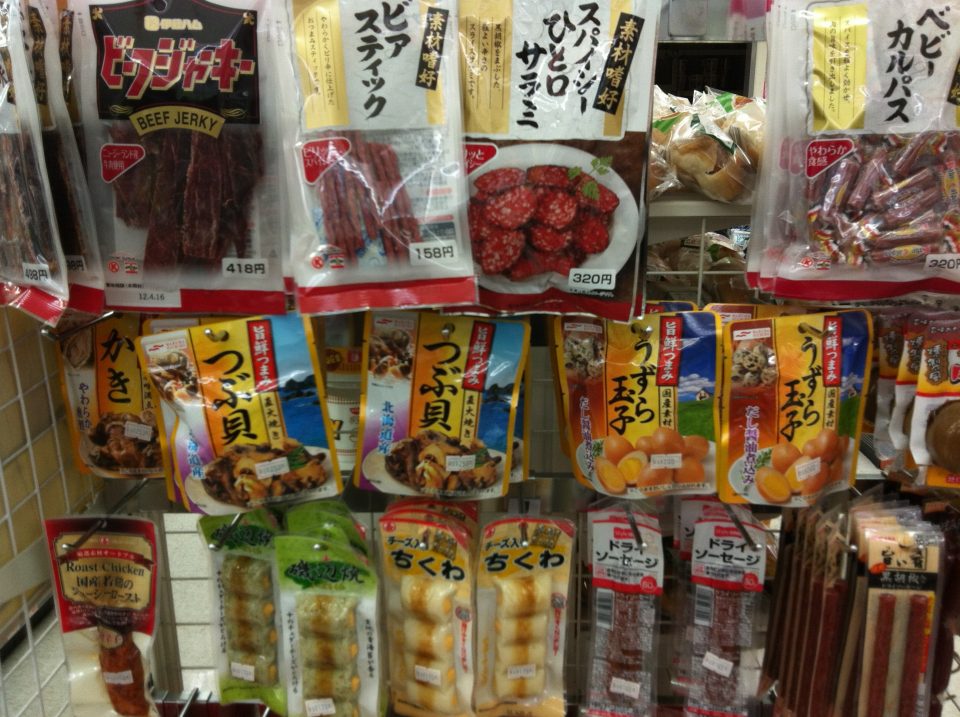 After buying don perignon, you must go to the snacks corner. But these go more with beer than don perignon. 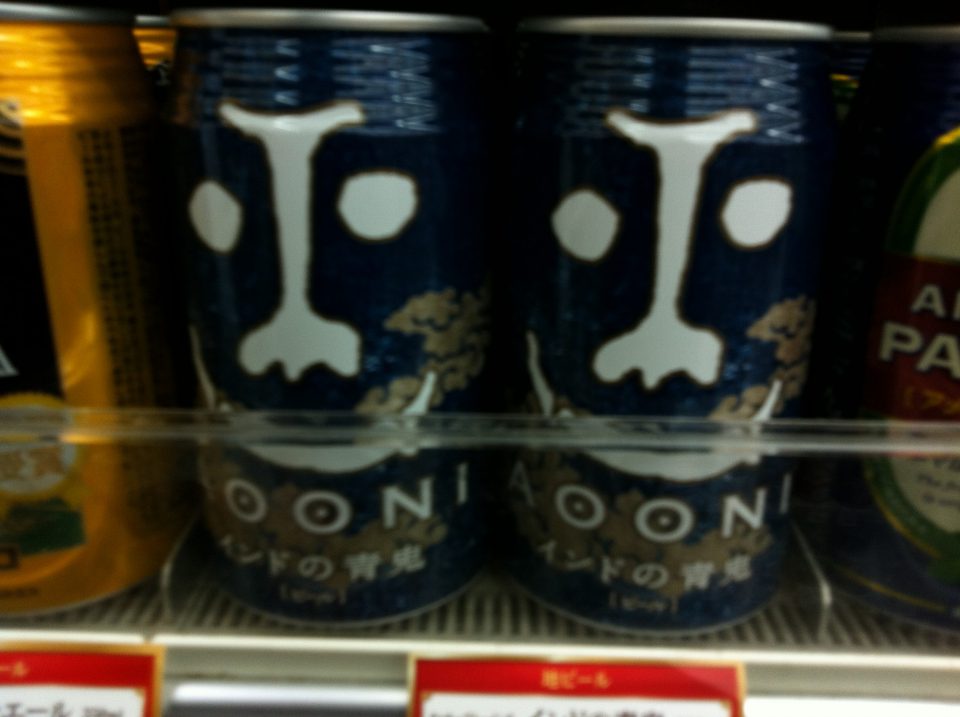 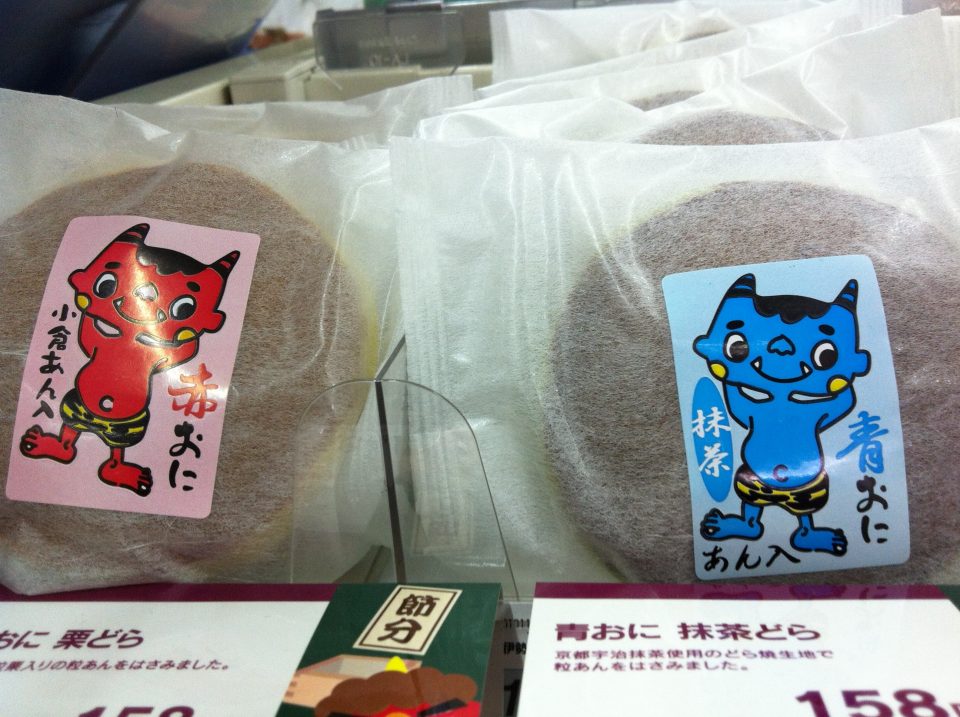 Dorayaki. Two small pancakes wrapped around a filling of sweet red bean paste. Ogre appeared again!
February 3rd is Setsubun(the day before a change in seasons).
On this day, people throw beans while shouting “Fortune in and demons out.” 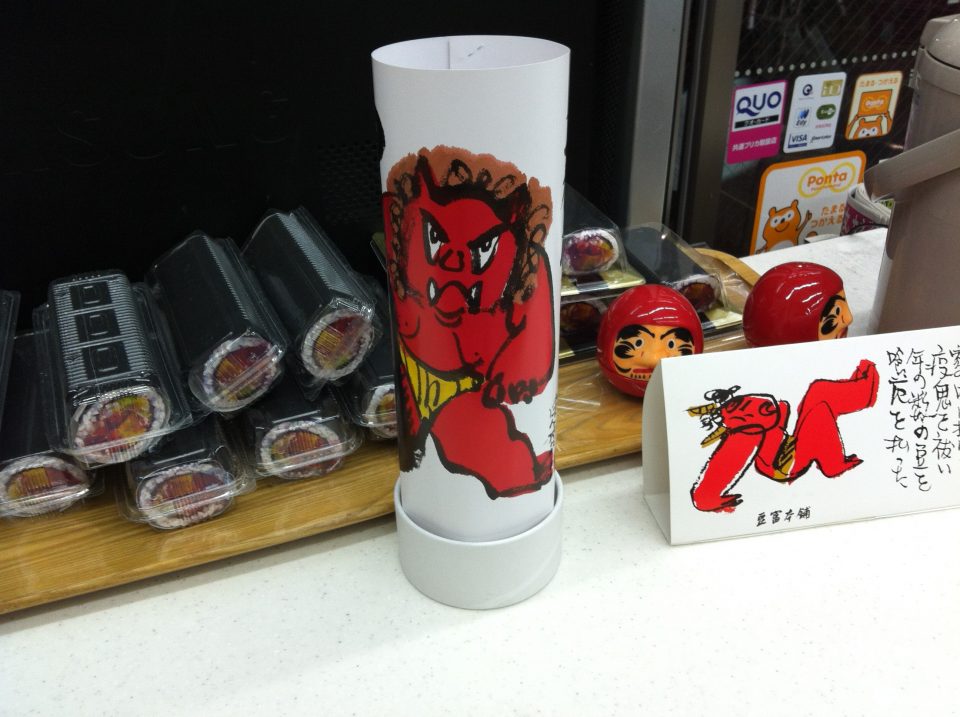 Ogre is one of the symble of Setsubun.
Recently, eating uncut futomaki called “Eho-makli” without any words on Setsubun has became popular in Japan.