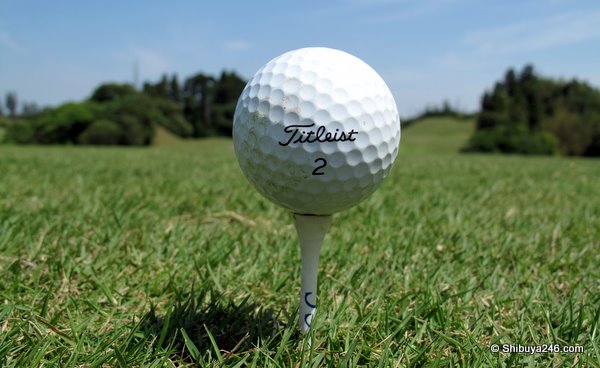 by Shibuya246May 22, 2009May 3, 201818 6671
Share0
I played golf in Chiba yesterday and for those following on twitter @Shibuya246 you will have seen some of the tweets live as I made my way round the course, stopping in for lunch after nine holes, as is customary in Japan, and then hitting the back nine, before heading back to Tokyo and being pulled over for my friend to get a speeding fine.

You have to read these tweets from the bottom up. 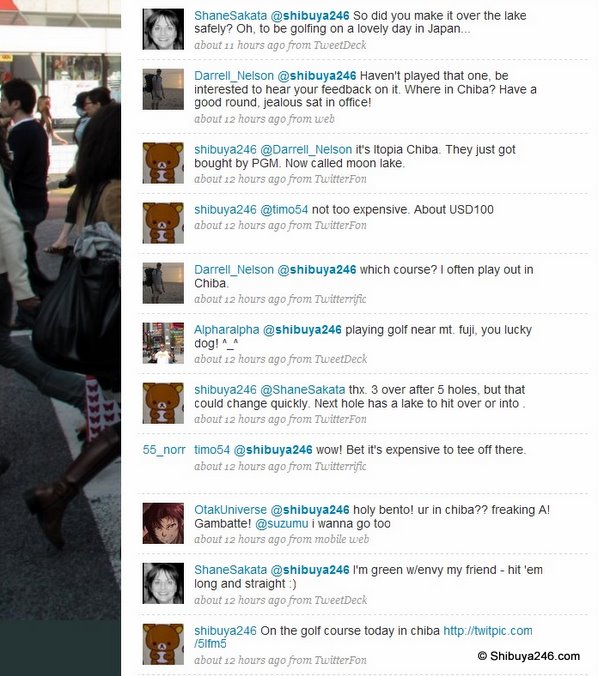 Having spent a good day on the course we set off back for Tokyo. It takes about 1 hour 10 minutes to drive in the morning from Tokyo to the course at 6:30am, but on the way back the traffic builds up and it can take over 2 hours.

We decided to leave the course as fast as possible and try to get a headstart on the rush hour traffic. Paying our YEN 300 and heading down a 有料道路, toll road, which was a dual carriageway, we thought the speed limit was about 80 kph, when we saw a couple of policemen waving us over to the side for a ………………… speeding fine !!!

While my friend was busy being booked I had a chat with a few of the other officers, who told me it was to hot for them to be out here doing this work. I wondered if they were waiting for my approval to say “You can go home now lads.”

Just as I was taking a few more photos, one policeman hurriedly approached me and in a demanding tone said “What photos did you just take?”, “You can’t take photos inside our vehicle!”, “Show me your photos”. I pointed to a few of the shiny police cars and asked him what there names were and he forgot about the photos luckily.

I took over the driving for the rest of the trip but we had a feeling our drive home was going to be a long one. To our surprise, just when we were putting the police behind us, we were overtaken by these speeding pigs.

Once we safely negotiated the pigs again, we were almost caught up in a four car smash just ahead of us.

Luckily no one was hurt. It seemed a bit opportunistic to be taking photos but the camera was already out watching for the pigs again. Here are the shots of the accident right in front of us. 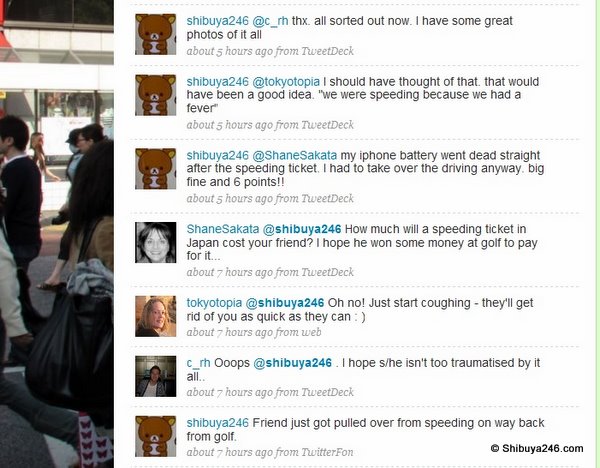 What situations have you got into with the police in Japan. I would like to hear other peoples experiences or great escape stories. Use the comment section to share the fun.

Take Me Out To Golf

Ohayo gozaimasu,
What a way to end a great day, lol. You mean it takes that many cops and vehichles to write a ticket in Japan?
here in my neck of the woods, north Tx just one cop and all he does is pull you over and writes the ticket and sends you on your way. Thank goodness you didn't have your camera confiscated, then you'd be SOL.
I got a speeding ticket a few years back doing 5 miles over the posted of 60mph. Cost 75.00USD they don't use point system in Tx that I know of. Did the defensive driving course on internet to reduce the fine,but my insurance company would'nt accept it.

Thx. I used to get caught for overstaying the time at parking meter spots. I remember being docked 3 points just for that on two occassions and having the car towed on one. Expensive!

Back then you only got 9 points before you had to report for a days seminar and lesson. You also had to decide whether you took a drive with the instructor to check your skills or did some community service like helping out at the pedestrian crossing for an hour. wish i could have taken photos that day.

The defensive driving courses are a good idea.

Wow that car crash looked semi-epic. Hope the people are okay.
Sorry to hear about your run in with the coppers.

Lucky I wasn't driving B)

That sucks. How much was the fine? Did they check your car for drugs? I'm surprised they let you snap photos of them at all.

They didn't say how much the fine was. My friend has to go to the Chiba court office to do the paperwork and find out how much, I am guessing its not going to be cheap. Also, by the number of people we saw getting caught, there probably will be a big queue when he goes to pay it.

I've been pulled over a couple of times in Japan. Once was at night, driving home to my inaka-esque apartment, while there were some bosozoku up on the expressway. I passed some cops maybe a dozen blocks from my house, and they seemed to be waving me through with their little lightsabers. I kept driving, but soon found I was being followed by a patocar. Lights, and speaker! I pulled in at home, apologized, whipped out my IDL, and basically had a friendly chat. That was it! But I accidentally left my dome light on overnight (being chased by police after having no idea whatsoever I'd done anything wrong tends to rattle me a bit), and my battery drained. Had to get some passersby to help me push-start my car the next morning…

I also got stopped on the expressway, doing about 140 km/h (i.e. 60 km/h over). No traffic to speak of, and perfect daylight driving conditions. Saw some radar, slowed to about 85 km/h, then sped up again — but soon thereafter got chased and pulled over by cops, who took me and my girlfriend and asked us to sit in the back of their car. At home, that'd probably be an invitation to get punched or stabbed in the back, but as it was, we had a nice conversation. I got a ticket for ¥8000 (about $80) for "driving too long in the passing lane." My girlfriend (Japanese) was mortally embarrassed, but later admitted it was a pretty interesting experience.

The first time I took my car on the yuryo, I got it up to 184 km/h before the speed limiter kicked in. I don't think I've ever driven that fast before or since. That was pretty fun. Good thing the radar wasn't on that day. Also a good thing I didn't know there was radar, period!

I also got a parking ticket strapped to my mirror once, and had to go to City Hall to get it off (can't remember if I had to pay a fine or not). Girlfriend helped out in that instance, too.

Oh, and then there's the time I ran out of gas going over a bridge, and coasted down the back side, around the nearest corner, and pretty much right up to the pump…

Sounds like you have experienced enough trips to the back of the police car for all of us. Not sure I would enjoy pushing the car if it ran out of gas.

You twittered from the start of your day to the end? While driving, playing golf? Weird way to relax.

You should see my regular work day 😉

Well, these photos just go to show that no matter how bad being pulled was, at least you weren't in the mangled car. Poor driver. Looks like you had a cracking day though, apart from the obvious. Never been a massive golfing fan, but, with the weather and all, bet it was lovely.

Thats right Ryan. It could have been the same pictures with a different story. Lucky the police pulled us over.

What a day. I feel very sorry for your buddy but luckily you didn't end up in the car crash at the end and made it home safe, that is the most important thing :D. First I thought you ended up in the crash but got relieved after reading the whole story. So maybe it was true luck that you were pulled over by the police so you would not end in a car crash later on.

Yes, getting home safe is the main thing. I will play again next week, but its my turn to drive 🙂 The best book I read on golf had a comment saying "In order to make your first drive of the day a good one, plan to get the course early and travel safely !"

I love your WordPress theme, did you design it yourself?