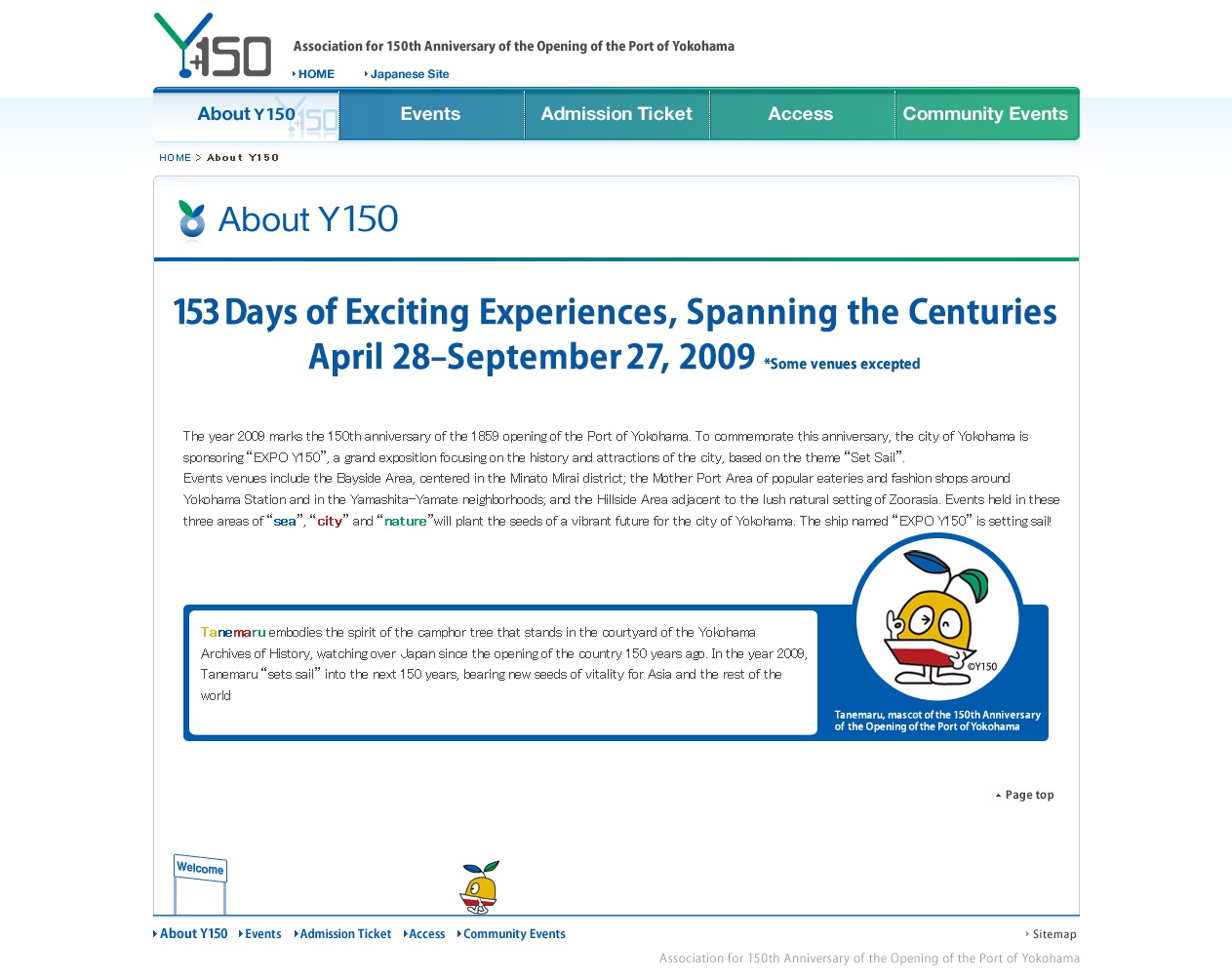 This year, 2009, marks 150 years since Japan, from the port of Yokohama, opened to the West in 1859. To celebrate the occasion, Yokohama is hosting a series of events over a period of 5 months starting in late April through to the end of September. The overall expo is known as “Y150” and aims to show visitors the full range of Yokohama’s history and charm.

This week, the ocean liner Queen Mary 2, currently on a world cruise, docked at Yokohama port for its first ever port call to Japan. As part of the Y150 event the public was allowed to to visit the Queen Mary 2.

This year marks another anniversary event in Japan that is worthy of note. Tokyo Tower was officialy completed on 23rd December 1958, and so turned 50 at the end of last year. This year marks a series of celebrations for that 50th anniversary. Despite the many taller structures that have gone up since Tokyo Tower was built, it still provides a focal point for the Tokyo skyline.

It is also the 75th anniversary of the founding of the Tokyo Yomiuri Giants baseballclub, established by Yomiuri Shimbun chairman Matsutaro Shoriki in 1934.

and of course Tokyo Disneyland is 25 this year as well.