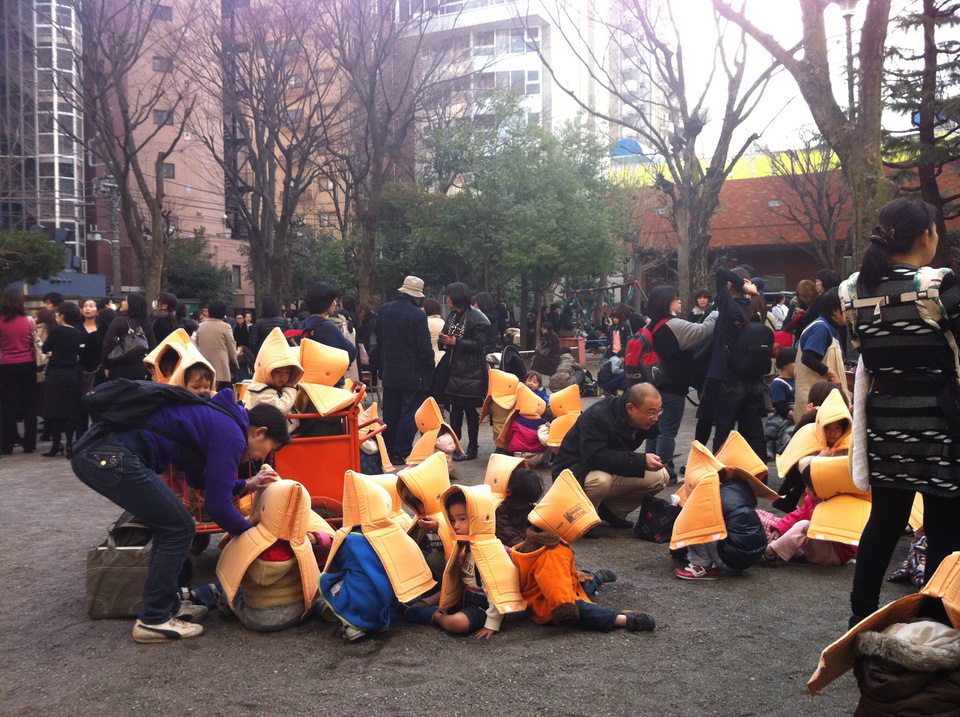 There was a major earthquake today in Japan in the North just off the coast of Sendai. Reports at the moment are saying it is somewhere between magnitude 8.4 and 8.9. Every time I hear the figure it seems to go higher and higher.

I was out at the time and felt the street underneath me shake a lot. Everyone seemed a bit panicked and made a run for the middle of the street. I thought it seemed more dangerous to maybe get run over by traffic than it was to be flattened by a building.

Here are a few photos I snapped from my iPhone. So far the news looks fairly ok for Tokyo, mainly with a few fires, and transportation problems. Up North there are tsunami waves moving through villages and airports. The TV coverage tends to show the worst of a disaster, although it is real. On the street here in Tokyo at least, I can say people are helping each and other and hoping it is not too bad up North. Phones were down for a long time, but mails / twitter etc were able to keep people in touch. Very convenient.

Good to read you are ok, currently watching the developments on TV. I think it will take some time for the real impact on north Japan to become clear.

Glad you are ok. Have been watching it today on TV. A tragedy. x x

I’m glad you are safe; and also my other Tokyo friends and acquaintances. I’m glad Tokyo wasn’t harmed, but Sendai .. it’s been devastated by the Tsunami. The situation with the Nuclear power plant worries me the most now.
It’s really strange for me, to think that i`ll be in Japan in 3 weeks time (Tokyo) after such a huge scale of devastation has occurred in the country. Provided the Nuclear power plant situation doesn’t get catastrophic, I imagine by the time I get there the Tokyoites will have resumed their daily lives but still ; the thought of what had happened not long ago and being there just seems weird to me.
I guess we Europeans aren’t used to much in the sense of natural disasters 🙁

Thanks everyone for your comments. Tokyo is coping well at the moment. Sendai and surrounds seem badly hit. It is good to see the rescue teams making great efforts to save people.