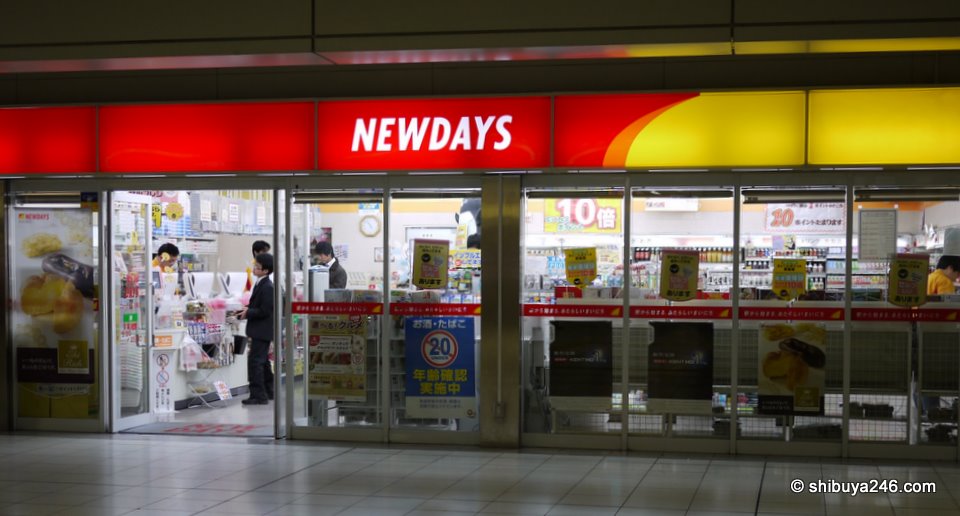 Looks like 7-Eleven have realized that NEWDAYS, the Japan Railway in-station convenience stores that grew out of small kiosk shops, have been gaining ground in the competitive convenience store market. NEWDAYS have been popping up everywhere at stations in central Tokyo. I have also seen a few stores outside of the main station building in a sign they may go mainstream on the streets as well.

7-Eleven has recently started to open stores teaming up with the Keikyu Railway. If you take a trip out to Haneda you can see one of the new stores at the station there.

Have you used a NEWDAYS convenience store? How do you feel they compare to Lawson, 7-Eleven or Family Mart? Do they have convenience stores like Lawson inside stations in your part of the world?

RT @tweetmeme JR Convenience Stores, Japan shopping | Shibuya246 http://bit.ly/64Nz0S A new kid in town. And the 1st. poster for an article. haven’t done that in a while. Good to see there will be more competition in the area, all the better for business and the customer=win,win.

New Days is pretty much the best spot for snacking types. They get exclusives and they have most of the newest items (like the newest KitKats). 7-11 doesn’t have exclusives that I’ve noticed, though they do tend to carry more “mini” items than New Days.

I LOVE the omuraisu onigiri from Newdays! It’s so yummy!

hi can you recommend a store who sell online so I can shop thru my house and deliver it from the philippines? thanks