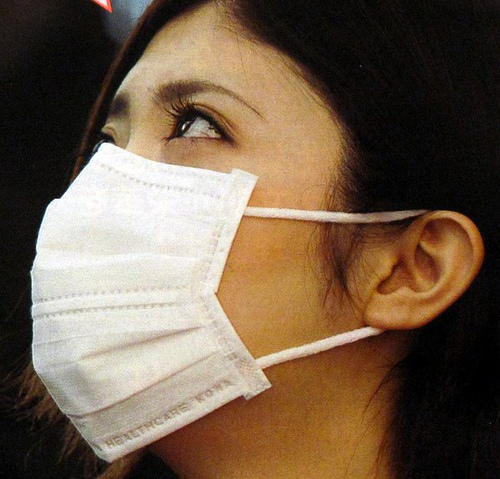 Japan is starting to roll out its domestic vaccine for Swine Flu or Shingata Influenza (new form of Influenza) as it’s called in Japan.

The vaccine will be first given to medical staff starting Oct 17th 2009 and then on to the general public. There were a number of patients in the trial group that had some mild side effects.

I was able to get a vaccine shot in Australia whilst being stuck at the hospital for various other medical tests. After all the needles and tests, one more didn’t bother me. In Australia the vaccine is free of charge.

Are you thinking of getting vacinated for Swine Flu? Does it cost money where you are?

I’m a medical student so I get flu shots for free. I’m not sure if H1N1 vaccine will be mandatory, but the regular flu shot definitely was (I did FluMist though, instead of the show 😉 )

Doh, I meant shot of course.

glad you clarified. I was just thinking, “Hey, I missed the show”. They had Opera on the TV at the surgery but a show would definitely have been better 🙂

I didnt suffer any side effects, but the Japan vaccine and Australia vaccine may be made differently. I dont know about Japan. Maybe better to wait for a few weeks and see what information comes out first.

http://shibuya246.com/2009/10/16/swine-flu-vaccine/
I’m hoping this that htis is not what my wife and I have, because we don’t have insurance, and it’s not free. I’ve heard the regular flue shot start at around $20 USD don’t know what the others cost. my wifes already going on her 10th daay of this junk. And i already have a breathing disorder, so this makes us short of breath and much congestion, cough, cough, cough.
Well take care and hope you make it back to japan soon.

I hope you and your wife get well soon. It is no fun being ill. Take care 🙂