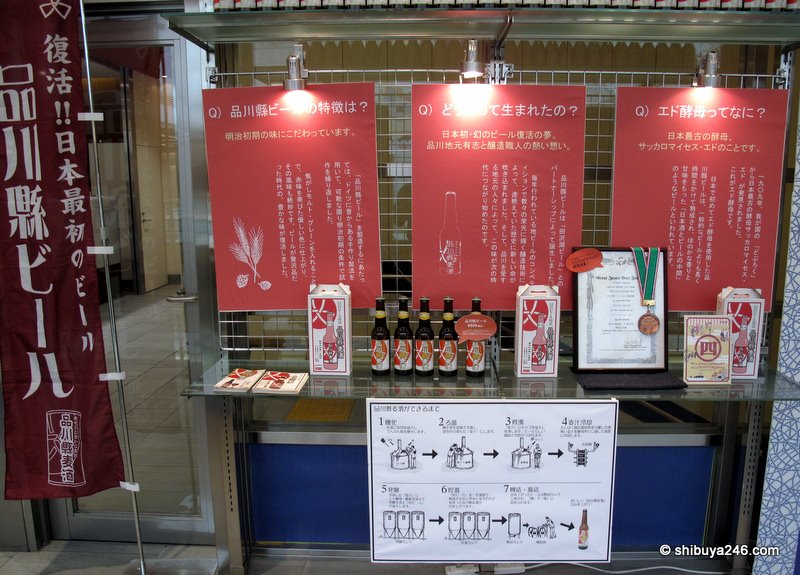 This Shinagawa-ken Beer brand was the first beer in Japan. Whilst we all know the popular brands of Sapporo, Asahi and Kirin it was a little known company based in Tokyo that produced this first beer of Japan.

Back in 1869 (Meiji 2) to 1871 Shinagawa-ken was established and represented some of the key areas that are now known as Tokyo. It covered modern day Shinagawa, Setagaya, Meguro, Shibuya, Suginami, Nakano and a bit of Shinjuku as well.

In 1871 the Shinagawa-ken area was split up and Tokyo-fu (not Tokyo-to), Kanagawa-ken, Saitama-ken were established.

Do you have any old beers in your area of the world? How do they compare tatse wise to the major brands?

RT @Shibuya246: Shinagawa Beer, Japan Drinks | Shibuya246 http://bt.io/GrX
There were many brands of beer from where I was from growing up, to many to name, some were from the local breweries. The main breweries were in Milwaukee and LaCrosse,Wi. The only Japanese beer I’ve seen hold around here is Kirin, which you know is made by Anhiser Busch, the makers of Budwiser. Known as “The King Of Beers”. And the Budwiser Clydesdale Horses.

I wonder if they would consider ‘An Emperor of Beers’ ^_^

Where did you hear/read that? To my knowledge, Kirin is owned by Mitsubishi.

Hmmm… Here in Argentina we don’t have old beers to be proud, worst than that, many of the local beers are in such high product demand that forces fermentation process and end up tasting real bad…

That’s for beers, but if it comes to wines, we have the finest, oldest and tasteful ones around the world… it sounded presumptuous, i know, but i guess its the only thing we have… ^^;

I have Limited Edition Pumpkinhead beer that only comes out during Halloween!