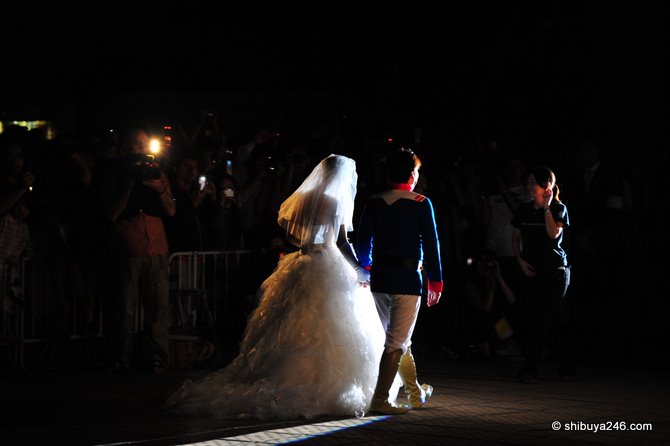 I just got back from the special wedding event that was held at the base of the 1/1 Gundam RX at Odaiba on August 25, 2009. The couple was chosen out of over 500 entries by T&G wedding planners.

Both Bride and Groom have been married previously. They said that Gundam had been a great influence on them and had brought their family close together. When their new born daughter was born six months they named her Seira Sayla from the Gundam series.

More Photos
You can see here all of the photos from this event that I took. 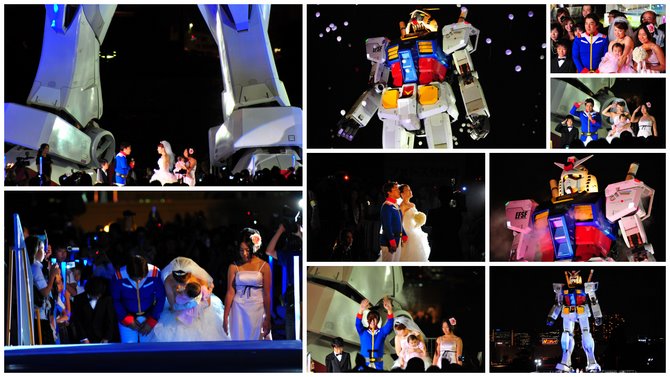 Lovely photo coverage of the event. Its just awesome to even have the baby join the wedding ceremony. I’m sure Seira will grow up to be an awesome Gundam otaku someday LOL

Yes, it was great to see the whole family get involved and enjoying it.

Great Site man i love the resources you got here, I love the new Anime season coming up it’s going to be really something out of this wold.

Also Please make a post about One Piece ENDING.

I think a lot of people are waiting for that.