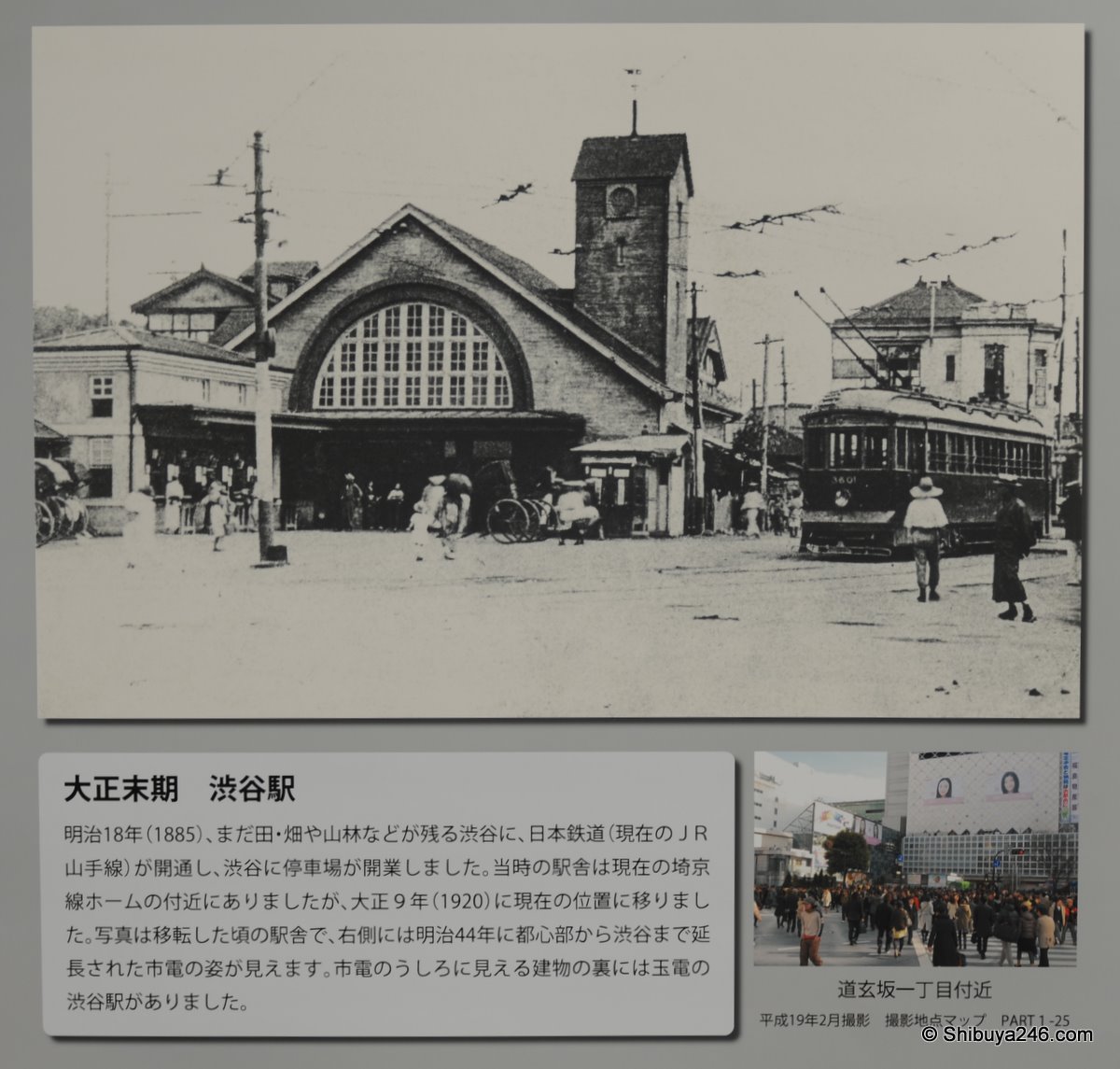 The area around Shibuya station is well known to the millions of people who flow through the train station. What is not so well known by all those people is how the area used to look just 50 years ago.

There is a photo exhibition on at the moment presented by the Shibuya City Ward Office displaying some fantastic old photos of Shibuya including the Station area.

The Exhibition is running from June 30 to September 1, 2009. It is located in the Mark City West Mall’s Creation Square space. Entry is free, and the staff are very helpful and friendly.

It is interesting to see which buildings still exist now and which areas of land look totally different to the landscape back then.

Did you know that there used to be a cable car (not the street version, but one through the air), that used to operate from the Tokyu Department Store. They only allowed children to go on it and the adjacent building had not way to get down, so they had to ride back in the car again to Tokyu.

The cable car was very popular but only ran for one and half years in 1951.

There are some books on sale at the exhibition showing the “Now and Then” photos of Shibuya. I picked up these two books for YEN 1,000 each. They are a great reminder of the progress this area has seen in the past 50 years and make you think about what areas are coming up for redevelopment soon.

There are also some Hachiko Goods on sale and books telling the real story of the Hachiko legend.

Looking at those photos of Shibuya then and now makes me wish to go back to a simpler time. But we can't stand in the way of progress. It's facinating to see some areas haven't changed ,where sometimes you don't even reconize the area. I always enjoyed going to the museum back home in Green Bay,Wi and look at all the old photos. Every place no matter where is changing and you don't even realize it. Looking at your great photos makes me long to be there even more.__Why was that cable car for children only? Also in the last photo of Hachiko,I can't remember where i read it, but Richard Gere is going to make a film about Hachiko. Every time I read about the loyalty of that dog it brings tears to my eyes. Do they sell those goods? Wouldn't mind a stuffed Hachiko, but don't worry Rilakkuma is still #1.
Later

It would be nice to find a time machine and travel back.

If you find one let me know,okay?

I love looking at old pics of jamming cities… especially Shibuya and Shinjuku.

nice post! will remember to visit there next month. ^_^
i wonder why they remove the cable car… it'd be awesome if they have it now.

Yes, it would be great to see the cable car in operation. I wonder how safe it was, since they only let children in it must not have been very big.

Hachi a dog teaching us about fidelity and love.

Hello, where can i buy the photos from the photo HAchiko goods?

Thank you very much for your answer.