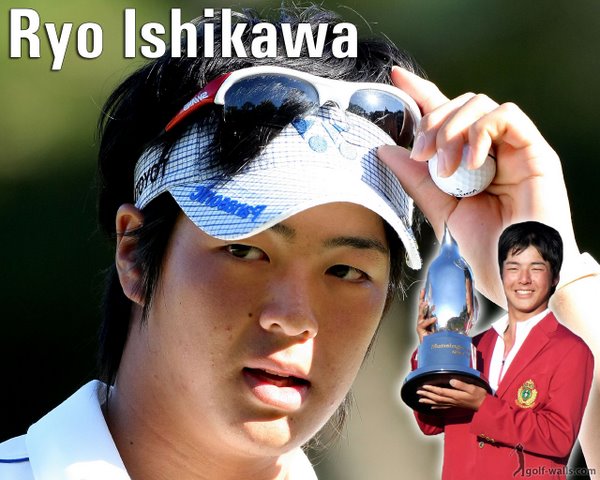 Ryo Ishikawa is considered by many in Japan to be the Japanese version of Tiger Woods. He hasn’t won that many tournaments yet, but he has certainly developed a deep fan base that believes in his future. Still only in his teens, Ishikawa’s future looks like it will include some major international championship wins.

He may get a chance to notch up the first overseas win at this year’s British Open. The organizers of the tournament have decided to create a ‘must be watched’ television spot for Japan in pairing Ryo Ishikawa with Tiger Woods for the first two days.

Tiger is hugely popular in Japan, and the combination of Tiger with Ishikawa should be very interesting. Maruyama Shigeki also used to play well when he was paired with Tiger and I’m sure the commentators will be drawing some comparisons.

Tee off will be at 9:09am UK time on this Thursday, July 16th 2009, which should make it viewable in Japan in the early evening and then 2:20pm local UK time on Friday.

Ishikawa won the Mizuno Open to qualify for the British Open and hopefully will be in top form when he competes this week. Tiger has already won three British Opens and will be keen to increase his total number of Major Wins to 16. Let’s hope they both fire on the day and provide some excitement for viewers.

and then off course there is Tiger.

You are most welcome!:D When i saw the article on ESPN I knew I had to send the info your way. Sounds like he has a great future ahead of him, and to be paired w/Tiger for the first 2 days will give him the exposure to the rest of the world.
I don't have cable or satelite, just regular TV. Hopefully our nbc affilate will pick up the coverage, if not will have to rely on the internet.
Like I've said before anything to help you out.
Ja mata ne

thanks again. I am playing golf this thursday, so should get back just in time to watch them tee off. 🙂