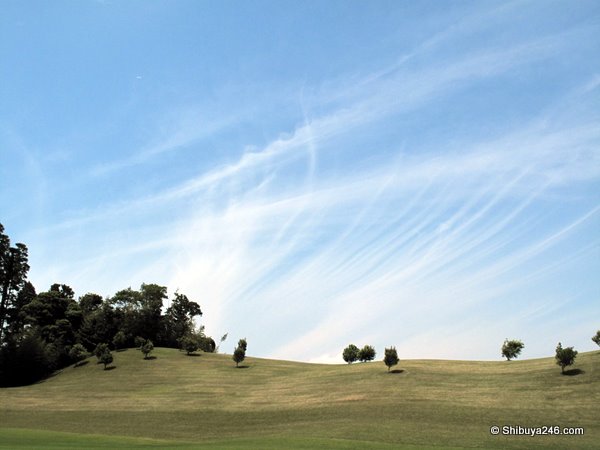 I played golf today in Chiba and will be posting tomorrow details of the day which included a detour to the back of a police wagon for my friend after doing a bit of speeding on what we thought was a highway road. I managed to catch some nice shots of the “booking” before being told no photos were allowed. Good job they didn’t confiscate the camera.

There is more to the above story and I have to get the photos organized, so until tomorrow, here is a look at some great cloud pattern shots I took while on the course.

Clouds in the city
Another friend sent me some photos yesterday near their house also showing some strange cloud patterns. 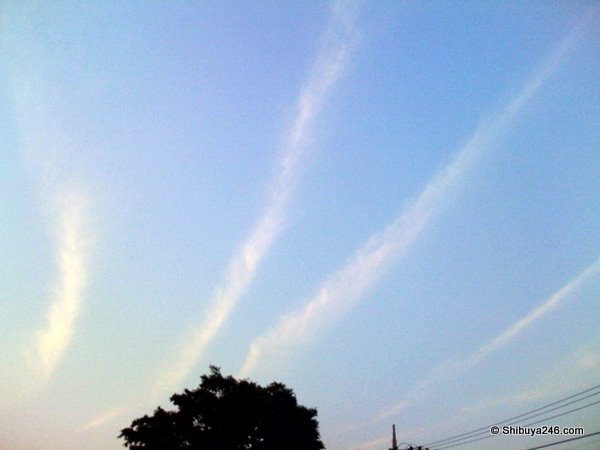 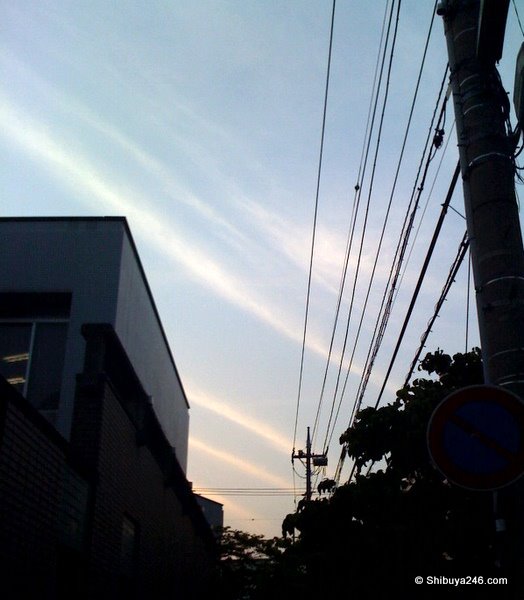 Earthquake clouds
In Japan, strange cloud patterns are sometimes said to be a forewarning to natural disasters such as earthquakes. On the 地震情報サイト (earthquake information website, JIS), they explain what to look for.

Here are some images from Google for clouds, (not all earthquake clouds)

Normally, the clouds are more of a solid mass which appear in the same place for an extended period of time prior, and are different to 飛行機雲 airplane clouds, that are easily blown or shaped in the wind. They normally appear just before or upto 2 weeks prior to an earthquake.

They do state that there can be many reasons for these cloud formations, and that earthquakes are just one possibility. I doubt the clouds in the photo are earthquake clouds, but it is interesting to note the discussion of cloud patterns.


There are explanations of the different types of earthquake, for example the one on the left shows a possible sign of 断層形地震 fault line earthquake, with the cloud direction span indicating the line of the fault.

More golf
The photos here are no doubt just wispy white clouds enjoying the beautiful blue skies we have had recently, but just to confirm whether the clouds are still in the same place next week, I have another game of golf orgainized.

Tomorrow, I will get the photos together for the story about the drive home from golf involving an unexpected visit to the back of a police van, a near run in with a truck full of pigs and almost being involved in a four car smash on the highway. In amongst that we shot some video of the drive over the Rainbow Bridge.

If the golf was not excitement enough, it really was a wild ride on the way home!

Where is Doria from?

I have seen these types of clouds before in Malaysia, and, sure enough a couple of weeks later (I was back home by then) there were some pretty decent tremors. I just don't understand how clouds change due to the tectonic plates 30m under the crust! Amazing how things work..

I think one way is something to do with electromagnetic waves. not really sure. it looks like this field of study is definitely not an exact science and we dont know enough about nature to predict a lot of things. 🙂