Tokyo Tower was opened on 23rd December 1958, over 50 years ago. It is enjoying a revival at the moment with internal renovations, new merchandise, new events and a new magazine, The Tokyo Tower Magazine. It is priced at 980 Yen and is written in Japanese only, but gives some wonderful pictures of Tokyo Tower showing its changes through the years and also what events are on in connection with Tokyo Tower now.

One such event is the club333 DJ bar with concert nights on Thursday and live events on Wednesday every week. Events start at 7pm, or the Sunday performances at the base of the Tower.

Tokyo Tower is an icon of Tokyo that can be seen from many locations. In its 50 year history it has seen over 156 million visitors. Inside the Tower there are many things to do including a wax museum, food court, a curry lab, portrait painting, gallery, rooftop play area for kids, an economics pavilion, live concert area, Shinto shrine and multiple observation decks at different heights giving a 360 degree view of Tokyo.

These 2 characters were introduced about 10 years ago as official mascots for Tokyo Tower. They are twins and are known as Noppon Brothers (ノッポン). They have their own blog at http://noppon.laff.jp if you want to find out more about them.

You can also have your photograph taken with the characters if you want. 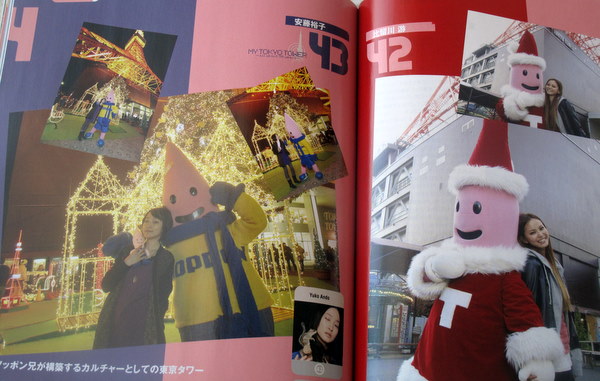 The magazine has numerous pages on the history of Tokyo Tower and shows the tickets, stickers and advertising material that appeared over the years.

The magazine also has a number of pages showing the latest merchandise for Tokyo Tower that is sold at the gift stores and on line.

Tokyo Tower has been with Tokyo for over 50 years. It is no longer the tallest structure in Tokyo and may not even have the best views anymore since Roppongi Hills and other places were built, but in a city which sports a lot of concrete and steel, Tokyo Tower stands out as a structural brand image that can stand the test of time. 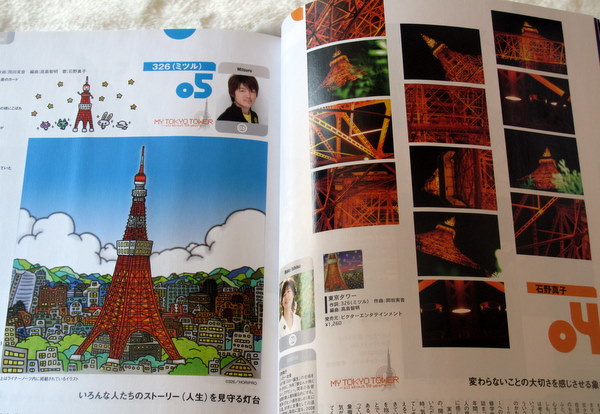 wish I could get a copy of of an edition

Too easy if you live in Japan, copies available at your local convenience store and book stores. Outside of Japan I can send you one if you want?