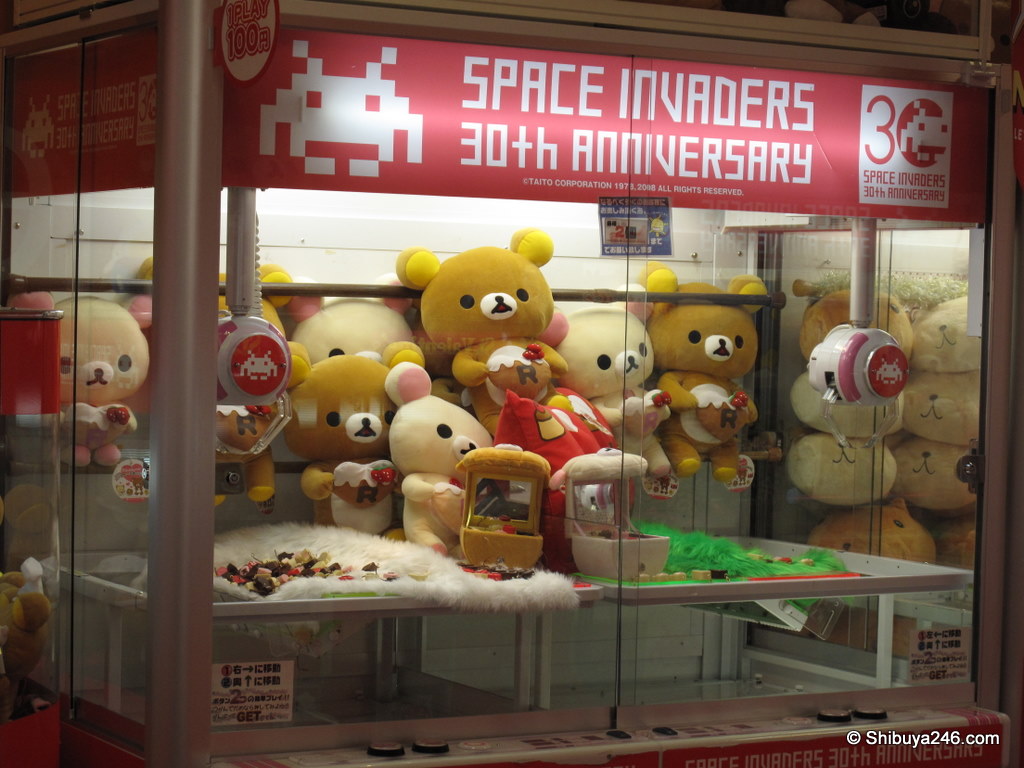 UFO catchers have been around for ages and they never seem to go out of fashion at Japanese game centers. At a local Game Center in Shibuya the UFO catchers are already geared up for Valentines Day with a combination of advertising for the 30th anniversary of space invaders (apparently space invaders earned over $500 million in revenue for Taito in that time) and the 5th anniversary of Rilakkuma. 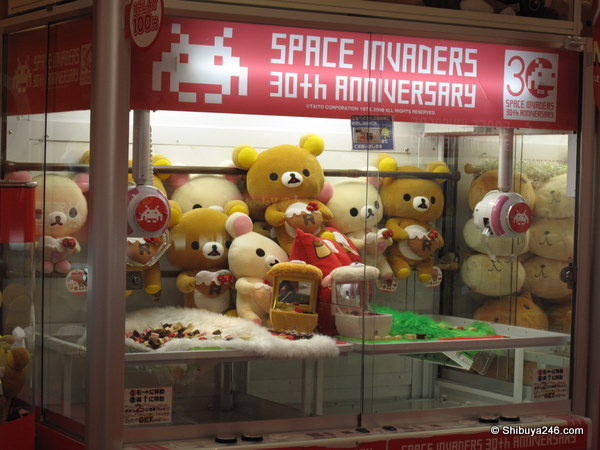 Hi there,
You need more rest i think

Hello,
Where are you from? Is it a secret? 🙂

I am from England